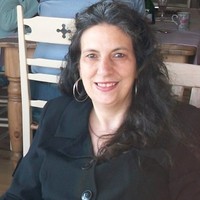 Ms. Diane Fletcher-Falvey has been an American Sign Language (ASL) instructor and advocate since 1981. She has taught in Toronto, Halifax-Dartmouth and throughout the Maritimes. She has taught all levels of ASL and given presentations on Deaf Culture to government employees, the police, library staff, parents of Deaf children, High and Jr. High School students, health professionals and numerous others.

Ms. Fletcher-Falvey has been employed in a number of capacities including:

Diane has been featured on Atlantic Television, “Man Alive”, and CBC. She co-produced Maritime Deaf Heritage, a video documentary of Maritime Sign Language and three Deaf Artists, for which she won an award from the Nova Scotia Cultural Society for the Deaf. Diane has a daughter who is a writer.

Diane’s professionally prepared and led classes are an excellent way to learn to communicate with the Deaf.